People often confuse a regular bread maker with a convection bread maker. However, both of these items come with numerous differences that separate the two. So, which bread maker is the right choice for you and your needs? In this article, you will learn all about the major differences between these two bread makers, what are the pros and cons of owning them, and the simplest way to find out which one of these bread makers is right for you. Hence, if you have ever had a question about these items then continue reading to find out more and learn all about it.

When it comes to a convection bread maker, it is one of the newest one that is now available in market. Just like a regular bread maker, it consists of all of the important features, but it also comes with a single extra feature. This extra feature is called the convection heater. It can be found within the interior section of the bread maker, and it is there to produce a temperature that gets evenly spread.

This concept is similar to that of a convection oven. These ovens consist of a heating feature that produces the same amount of heat in order to give better results as compared to a regular oven. It is the same thing with a bread maker. This very feature has been tested within bread makers, which showed promising and efficient results. This is the latest feature in bread makers; hence, it is expected to have several technological improvements in it as compared to a regular bread maker. When it comes to the cost, convection bread makers might be slightly more expensive than regular bread makers, but because of this new feature, they are extremely worth their price.

When it comes to a regular bread maker, it is the type that everyone is already used to. It does not come with a convection feature, but it still depends on the heating elements that can be found within this bread maker’s interior. Depending on how much you are willing to spend on a regular bread maker, there are numerous options available in the market that range from very affordable everyday bread makers to slightly expensive ones. The affordable bread makers come with less technological features, while the expensive ones consist of more advanced technological models.

Therefore, if you just want an everyday bread maker that does its job correctly, and you aren’t looking for any extra features, then it is recommended that you get yourself a regular bread maker. Not only can it efficiently do the job right, it is also reliable and simple.

On the other hand, if it is an advanced regular bread maker you are after, then it is highly recommended to invest your money and get a convection bread maker. It not only offers improved results, it contains several more technological features. 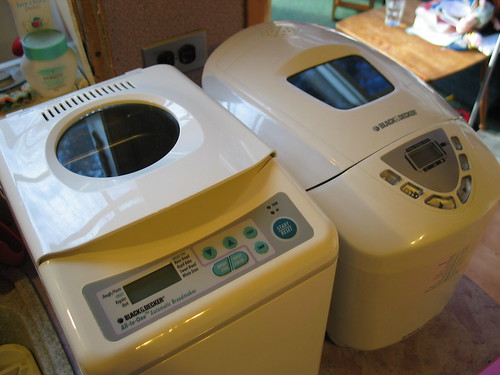 As explained earlier, one major difference between these two bread makers is how they operate. The convection bread maker tends to be more efficient and effective when it comes to the heating. This is because the convection fan helps in circulating the warm air within the maker, rather than only depending on the heating elements to get the job done. In addition to producing greater results in just a short time, convection bread makers also produce bread with better color, crust, and texture.

Another major difference between these two bread makers is how many options/settings they come with that are preinstalled. In this case, convection bread maker has several more presets to pick from as compared to the regular one. This is probably due to the additional technology that is used during the manufacturing process of convection bread makers. It always helps to have a couple of more options.

Another feature that is found in convection bread makers is audible tones, but it is also present in many regular bread makers too. It is much more better to get notified rather than staying next to the bread maker for several hours. Also, both bread makers come with a delay timer feature; hence, you do not need to worry about that.

Which Bread Maker Is Right For You?

In addition to your preference and requirements, you would have to think about a couple of factors before making a final decision on which bread maker to get. Even if you already know which type of bread maker you want, it always helps to think about certain factors like:

The factors mentioned above are a couple of the important things you need to consider prior to finalizing a bread maker.

If you are interested in the technological advancements, then a convection bread maker is right for you. In addition to providing an alternate way of evenly spreading heat within the maker, they also come with several more technical features as compared to the regular ones. The convection bread makers are believed to take over the bread making world in the next ten years until they become the standard bread makers.

On the other hand, for someone who is giving homemade bread making a try for the first time, then a standard bread maker is the perfect way to start for them. Plus, it also happens to be more easier to use since there aren’t a lot of features to worry about, while the most important ones are already present in it. Also, if you aren’t looking for any extra features that the majority of modern kitchen appliances have, then the perfect choice for you would be a regular bread maker.

What Are Some Of The Best Convection Bread Makers Out There?

In the past couple of years, a lot of new bread makers have been tested for their quality, whether it is convection or regular. Hence, we have numerous different posts that contain this information. We will mention all of those posts, so it will be easier for you to find which type of bread maker is suitable for your needs.

What Are Some Of The Best Regular Bread Makers Out There?

There are numerous regular bread makers available in the market. Many of these bread makers are quite affordable; hence, they will be the perfect addition for your kitchen. 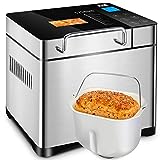 For a beginner, don’t worry about which bread maker you would pick. A regular bread maker is the ideal choice that can help you on your bread making journey towards the beginning. If you prefer the technological advancements, then it is recommended to save up for a convection bread maker. It will definitely be worth the investment.

However, if you are still unsure of which bread maker you should go for, take a look at our chosen best-rated bread makers. You will surely find a bread making machine that suits your needs.