When you open the oven door and let the heat escape, you’ll lengthen the cooking time of whatever you’re preparing. For our protection, opening the door on some appliances may force them to cease operating completely. This is a safety feature in some appliances, such as a washing machine.

We might be tempted to open the bread machine while it’s baking, though. This might be to see if anything is wrong, or it could be to check on it. Is it, however, possible to open it while it is running? And if you do, how do you make up for it? 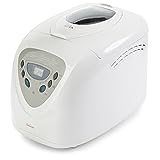 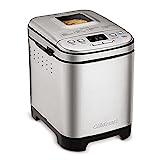 Why You Should Not Open Bread Machine While Baking?

If your kitchen is chilly, avoid opening the lid during the proofing period. You don’t want any heat to escape, as this will cause the dough to rise more slowly.

Never open the lid during the preheat and baking cycles if you’re using your machine to mix, knead, and bake. You don’t want the heat to escape. If you leave the cover slightly open so you can smell the bread as it bakes, you’ll almost certainly undercook it. You’re letting heat out in the same way that you release heat out of an oven.

As the bread machine keeps to its initial thermal profile, this will result in the bread taking longer to cook or undercooked bread. Never try to change the bake cycle to compensate for the number of times that you opened the lid to check on it.

When Can You Open the Bread Machine?

As the dough kneads, it is appropriate to open the machine. Around 10 minutes into the kneading cycle, check on it. The bread dough should be neither too liquidy nor too stiff and dry. Add a bit of extra flour if the dough is too moist. Add a bit of extra water if it’s too dry. Then leave it to continue to combine.

It won’t hurt to open the bread machine once or twice to check on the dough at this point. You may discover that the bread maker isn’t working at all. Perhaps you neglected to put the blades in. You can correct it now rather than later when you have an inedible mess.

Alternatively, you may need to press the blade into the right position for it to engage. Even without a new loaf of bread, you’ve avoided the problem of baked-on dry ingredients.

If your fancy bread machine has a dough option, you’ll need to remove the dough so you bake your sweet bread, pizza dough, or cinnamon rolls when it’s finished kneading.

This keeps the crust from getting flour stains. You may also take the paddles out of the bucket so the bread doesn’t get ripped apart when baking. Just before the last bread dough rises is the ideal time to remove the paddles. The timing might be difficult, but you can’t do much worse than the ripped-up loaf that you might end up with.

Before the loaf rises, some individuals check on it and discover that it has taken on the feared ski slope shape. In principle, you could reconfigure the bread before the final rise and bake it without causing any damage.

After all, it hasn’t yet been heated. Because the thermal profile is intended for a complete loaf, splitting the loaf into smaller rolls is not recommended. You’ll wind up scorching sections of the new, smaller loaves if you do that. On the other hand, a single loaf may be twisted and returned to the bread maker without causing any damage.

Can You Open the Bread Machine While It Is Kneading?

Don’t be concerned about opening your bread machine while it’s kneading the dough. If you open the machine’s cover while kneading the dough, nothing serious can happen to the bread. It’s actually the greatest thing to do while making bread because glancing via the bread maker’s viewing glass doesn’t really inform you how your bread dough is going to turn out.

Opening the bread machine to examine the dough while it kneads is an excellent method to ensure that the consistency of the loaf is correct and that it will bake properly. Intervening at this step may be the difference between a delicious loaf of perfectly formed bread and one that looks and tastes more experimental.

How Long Is the Kneading Process?

The time of your bread machine’s kneading process will be determined by the sort of bread you’re preparing as well as the settings on your machine. The kneading procedure usually takes 15 to 45 minutes.

You may simply repair any faults with your bread dough during the kneading step. The following is a checklist of items to look for while opening the bread machine’s cover and peeking inside.

First and foremost, this is the best time to make sure that all of the components have been well combined. If you didn’t correctly insert the mixing paddles, you might avoid a disaster by mixing the dough before the remainder of the baking process begins.